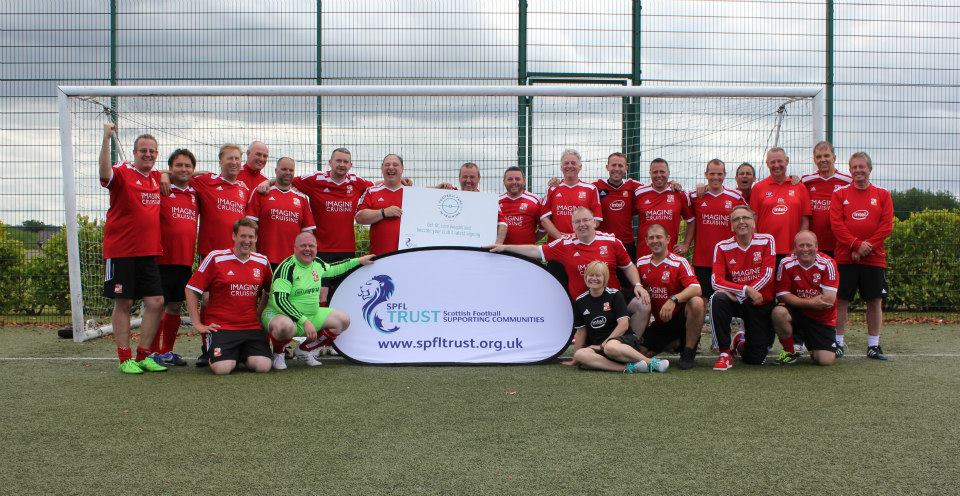 Over 170 men from across Scotland took to the pitch at the Hibernian Training Centre this past weekend for the annual Football Fans in Training Tournament.

17 teams took part in the 7 a-side event which celebrates the success of the men who have all taken part in the hugely successful Football Fans in Training healthy lifestyle programme over the past season.

As the programme continues to capture the interest of Clubs across the UK and beyond, this year’s tournament also include 2 teams from Swindon Town FC and a team from Southampton FC.

After a closely contested final between the Hamilton Accies FFIT Team and the Swindon Reds FFIT Team, which resulted in a 0-0 draw, the dramatic final headed to penalties. The visitors from Swindon finally emerged triumphant, after a confident display in the shootout.

Swindon Reds FFIT Keeper Mark Fry even attracted the attention of Swindon Town keeper Tyrell Belford who tweeted: “Fair play decent save that!” as he followed the team’s win in Edinburgh on social media.

Since embarking on the programme Mark has shed half a stone, cut down on junk food and started exercising regularly. He said: “I’ve made a lot of positive changes and feel really good about things.

With 27 clubs across Scotland now delivering FFIT, thanks to funding from the Scottish Government, around 1000 men aged 35+ have been taking part in the project this season,  making dramatic changes to their lifestyle, diets and health with the average participant will lose around 5kg in weight.

The project allows participants to work with trained coaches and get behind the scenes at their Club, and this year’s FFIT tournament was no exception as the event took place alongside a Hibernian FC First Team pre-season training session.

To get involved or find out more about the FFIT programme go to our website www.spfltrust.org.uk