News & Events › Stenhousemuir Football Club Are Warriors In Their Community! 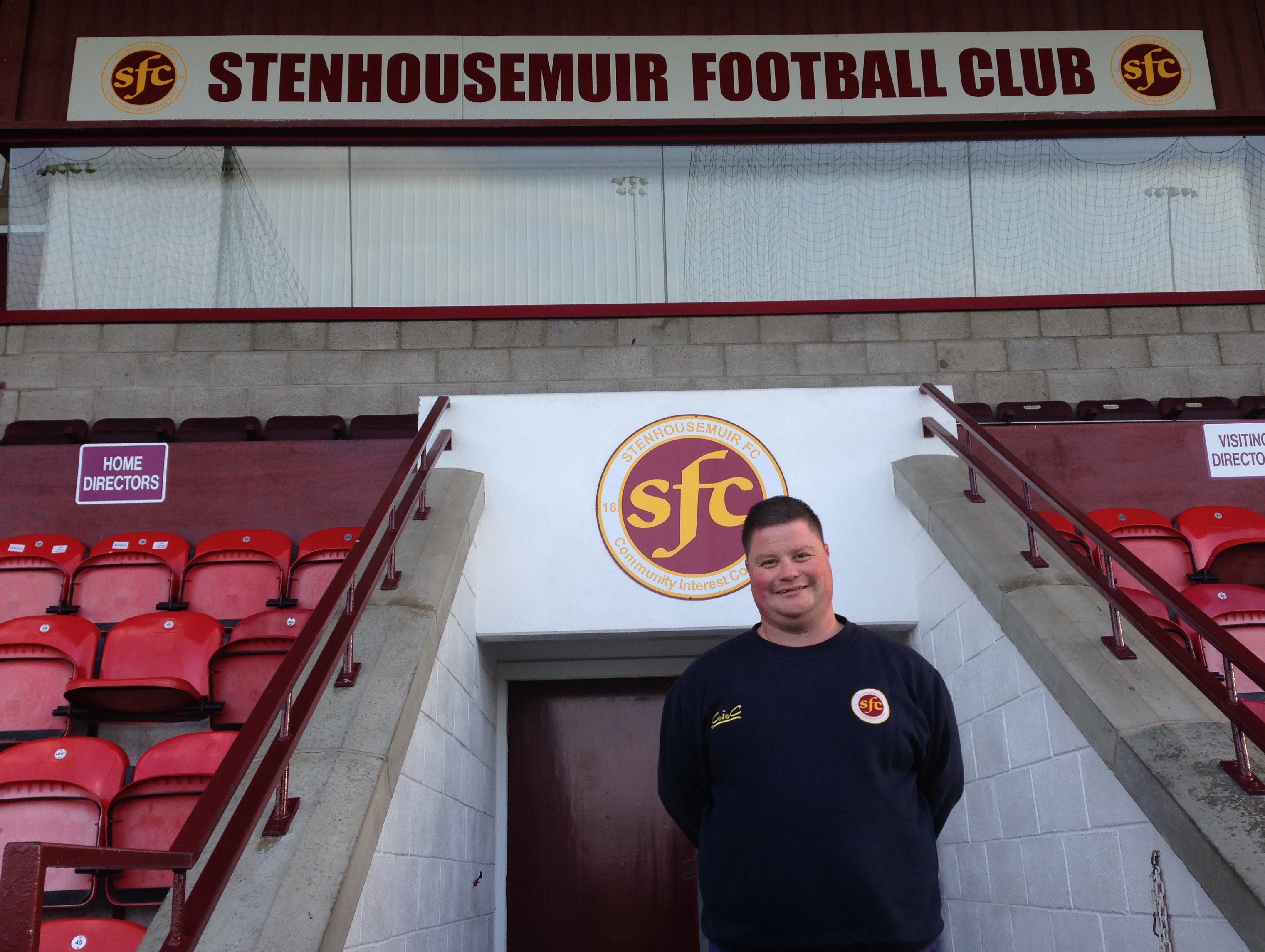 Stenhousemuir Football Club Are Warriors In Their Community!

“Warriors in the Community is the community arm of the football club which aims to have a positive impact on every household in Stenhousemuir and the surrounding areas,” says Jamie Kirk, Community Development Director at Stenhousemuir F.C. This is their mantra when it comes to their work in the local area and, such is his dedication, Jamie knows it off by heart.

The main focus of the SPFL Trust is to encourage, facilitate and highlight the great work its member clubs do and the activities on offer at Ochilview Park is an example of just how much smaller the clubs can play an active role in their community.

The success of their various projects saw the club become the first club in Central Scotland to achieve the SFA Quality Mark. As well this, they won the SFA’s Best Professional Club in the Community Award in 2012.

Various football programmes are at the heart of what Warriors in the Community provide. From as young as two-years-old all the way up to adulthood, there are football-based activities that everyone can get involved in. Stenhousemuir also take time to involve people with physical and mental conditions, working with organisations such as Key Housing.
These football sessions are not about developing players, however. Instead, the focus is on participation and well-being: “Can we deliver educational programmes? Can we find people who are isolated in the community and involve them?” asks Jamie.

“As long as they are happy and they are safe then the projects are productive – if they are an active member in their community then that’s perfect.”

Like many other member clubs, Stenhousemuir has taken the SPFL Trust’s flagship programme – Football Fans in Training (FFIT) – and offered it to their supporters. After last year’s success, they have just started running FFIT sessions for a second year and will later start the female sessions.

“That was one of my favourite projects, to be honest. It taught us a lot about our fan base and how we can engage with them. The people who were there made a difference: Andy McPhate and John Divers, who are well-known and well-liked supporters who do jobs within the club on a voluntary basis.

“They have come along, with others, they’ve got healthier they’ve got fitter and you’ve got people leaving the sessions who aren’t Stenhousemuir supporters asking how we got on at the weekend. That engages a new influx of people, which is usually difficult to do.”

It’s not just football projects that the club runs. A recent grant from the Lottery Heritage Fund has seen the club venture into educational projects. Those without an interest in football can now also benefit from the activities the club provides, in this case by learning about World War I history from their local area.

With a clear message from the board about delivering a high-quality programme, Jamie acknowledges that the key to their success is the strength of the team he has around him and the mutual trust. He also alludes to the rewards of carrying out such programmes, randomly meeting past participants outside Ochilview and the surrounding areas.

“I can’t walk past them in the street without having a conversation. If you could bottle that to prove it, that’s the impact. That’s why we do it, that kind of anecdotal stuff is really important.”