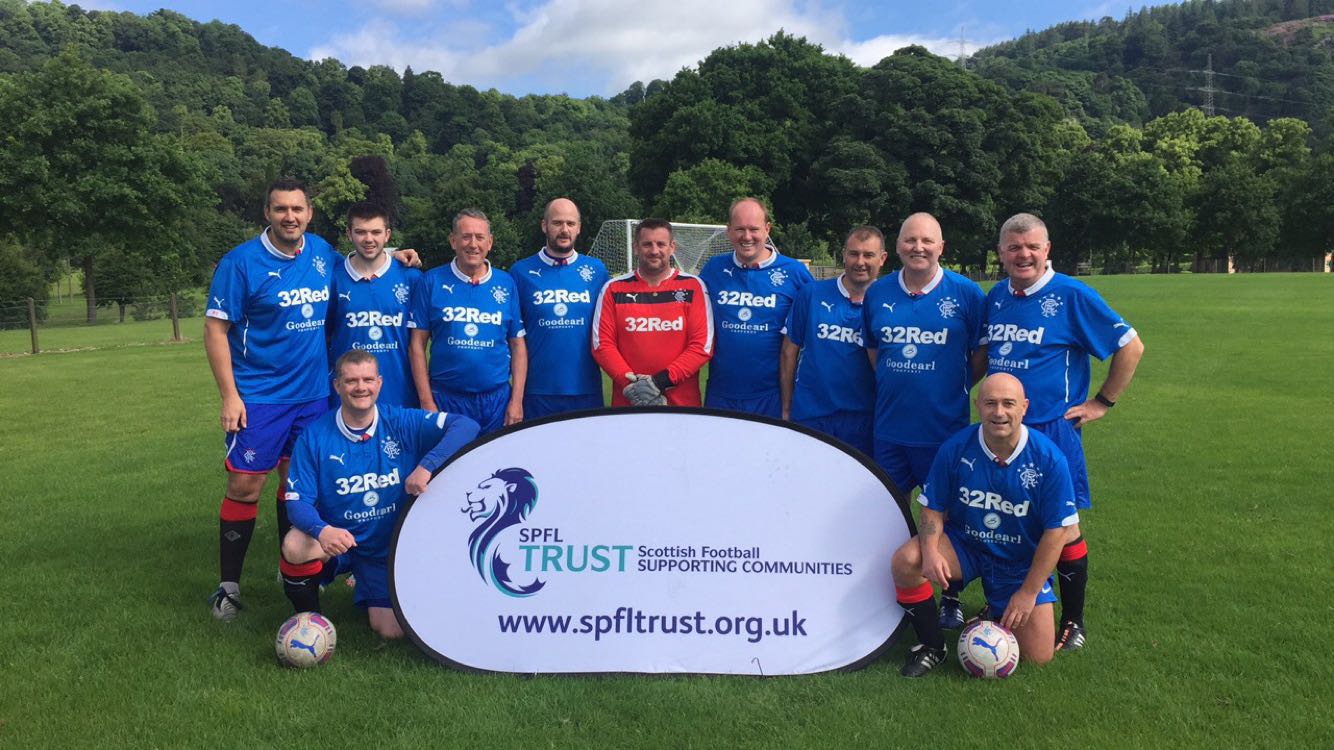 Spotlight On: The Rangers Charity Foundation

Our media interns Calum Woodger and Daryn MacRae are back on the road speaking to SPFL clubs to find out more about their inspiring work in the community.

This week they visited The Rangers Charity Foundation and spoke with community executives Gary Gibson (GG) and Jordan Boyd (JB) as well as William Graham, a participant of the employability programme at Ibrox.

Watch the video below and read on for more.

What are some of the key programmes you currently run here at the Foundation?

GG: “Over the last two and half to three years we’ve been doing a programme around adults recovering from addictions with alcohol and drugs. We run two 12-week programmes a year in partnership with the NHS and Glasgow South addictions team.

JB: “It’s about confidence skills, a lot of these guys are down on luck and we’re trying to encourage them to think they don’t need drugs anymore and help them to try and move on with their lives. Hopefully it can lead to employment further down the line.”

GG: “We try to boost their self-esteem, get them doing presentations and working on communication skills and then we also do a practical element where they do some physical activity. At the end of all that they gain a Level 1 coaching qualification.”

GG: “We’ve also got a programme we run with Glasgow Veterans United for guys that have came out of the army and lost their way a bit. Whether it’s drugs, alcohol, prison time or homelessness, even just low self-esteem and social isolation. It’s similar to the recovery programme in that we use motivational speakers like Gerry Murphy who’s been to hell and back through his life.”

JB: “It’s called The Power of Example so he’ll talk about how he dealt with these situations and that it’s a learning thing from birth, it’s not your fault, you didn’t come out as a baby thinking like that, it’s things that have happened to you in your life. He strips it right back to the basics, he tells them to look forward, think positive and things will happen for you. He’s extraordinary to listen to.” 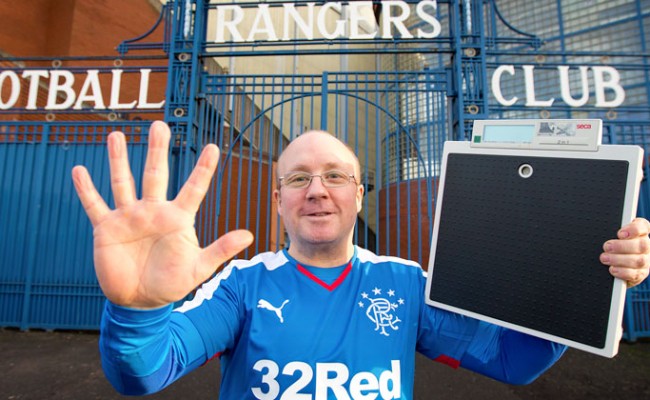 Your Football Fans In Training (FFIT) programme has been hugely successful, what is behind this success?

GG: “The latest stat we have for FFIT is 64 participants lost a combined 52 stone over 12 weeks so it’s pretty incredible that it works this well.

“I think having the club as the hook is massive. You could have a FFIT programme running from a local community centre and it probably wouldn’t work as well.”

JB: “It does well to target people who miss the system, people who aren’t really motivated to change, but then they see it’s coming from the football club and then that becomes their buy-in.”

GG: “We’re going to be piloting a males under 35s because we’ve had to turn away a lot of people. That will start in March.”

What is the overall goal of the Rangers Charity Foundation?

GG: “I think it’s about making changes to people’s lives, bringing them in and making them confident. Take our employability programme for instance, the difference we see when they walk into the club environment in terms of how they feel about themselves and the group is astonishing.

“I think we had 5 into a job from the last programme, two attending college, two still at aftercare and another couple went into other training programmes.

“We’re here to give people opportunities, from all different backgrounds, to better themselves. We want to create an environment where they feel comfortable.”

JB: “I’ve always said The Rangers Charity Foundation is there to be a positive force for good on behalf of the Rangers family, so if we can help people in the local community we’ll do it whatever way we can to make their lives better and easier.”

Football Memories proved hugely popular with the West Lothian Youth Foundation, how did it go down with Rangers fans?

JB: ”We run two Football Memories sessions a month, Jim Hannah brings loads of memorabilia down from his 30 years at the club. Ex-pros come down to, we’ve had Derek Johnstone, Colin Stein and few others who’ve sat and talked with the guys.

“It takes them back to being a kid supporting Rangers and that’s huge.” 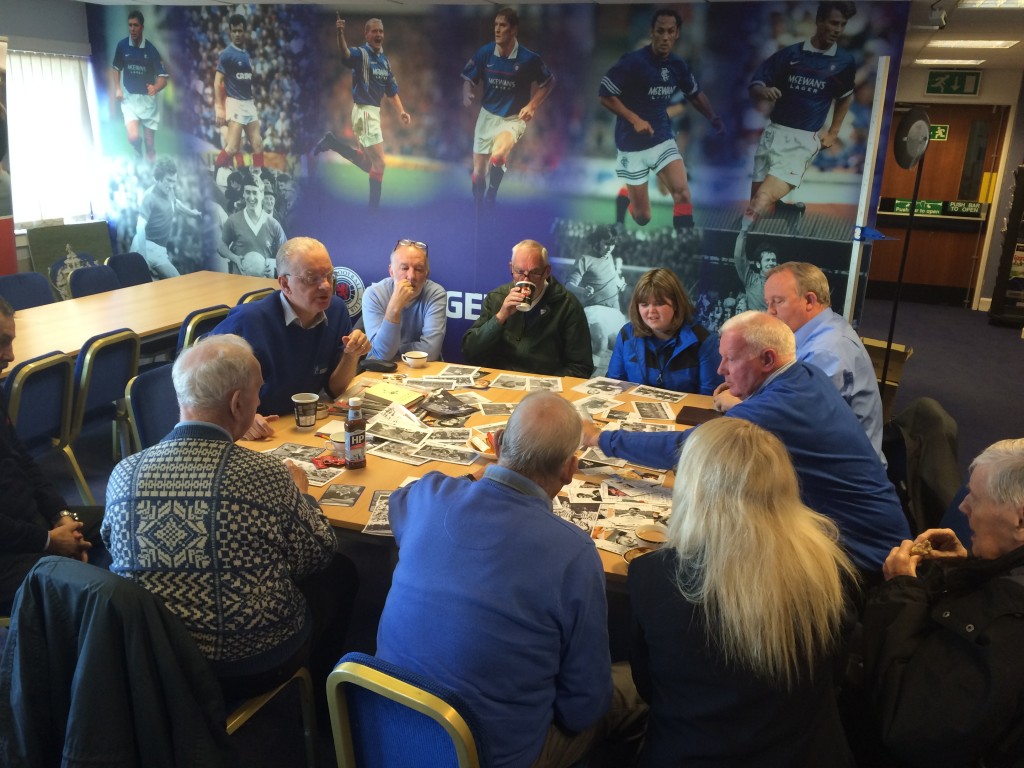 The Football Memories programme aims helps fans with Alzheimers and dementia reminisce about the past.

Working with SAMH you have done a lot to tackle mental health issues, can you tell us more?

GG: “We had gotten funding through the League Cup Legacy and the SPFL Trust, and ran two programmes where the referrals would come from SAMH, using the club as a hook we did workshop activity with the participants. SAMH and the NHS would do their part, with chats on mental health issues, and we dealt with the physical part of the actual football itself.

“We had a young lad who had severe alcohol issues, drug issues, wouldn’t leave his bedroom, didn’t have friends and wasn’t socialising. He actually came from Elgin and is a massive Rangers fan, all he had in his life was this club. He was engaging with SAMH, found out about the programme, and he travelled to Glasgow from Elgin every Monday for the programme.

“The feedback for that lad was great. He was drinking less, stopped taking drugs, he was going to the gym and socialising a lot more. So for us that’s a huge success story.”

What does The Rangers Charity Foundation do to support the local community in Glasgow?

JB: “We run a free Friday night sports activity hub for kids in the local area. At that sort of age from 12 to 18 they start to engage in anti-social behaviour, drugs and alcohol become an issue, so we give them an outlet on a Friday night to do badminton, dance, football, whatever it may be. We hope having the good role models of the coaches around them keeps them on a good path.”

“We also have Kinder+ Sport Move and Learn which we deliver with the SPFL Trust to 30 schools over the course of a school year. We’ve reached over 1000 kids and the way the programme works they do 45 minutes of physical activity and then a further 45 in the class discussing the human body, exercise, healthy-eating. It takes a little bit out of the teachers’ days at least!” 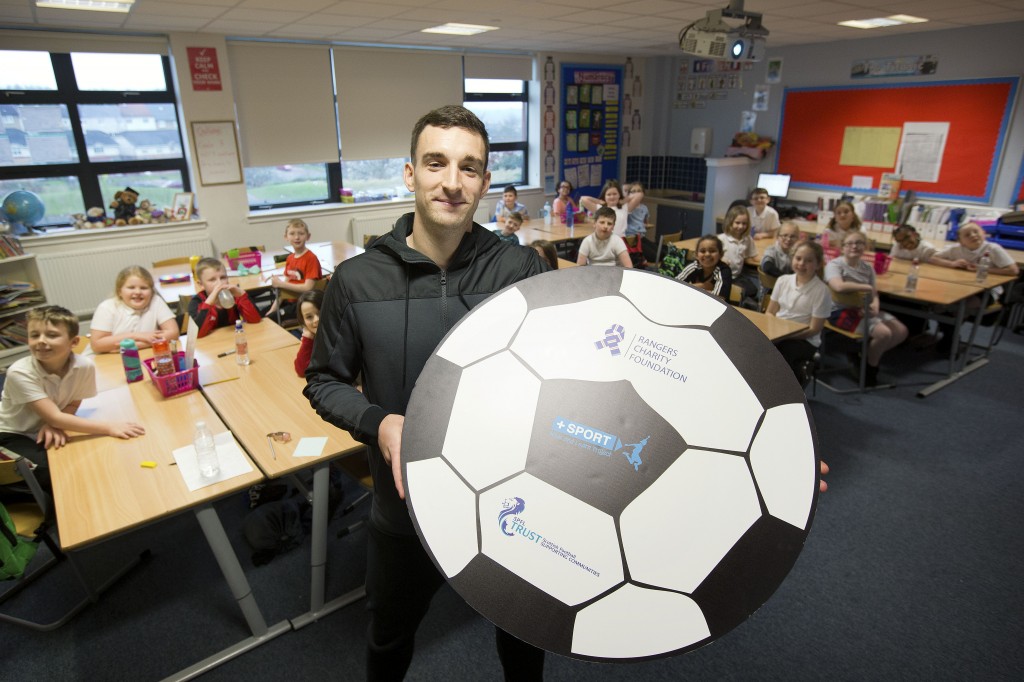 How do you see your relationship with the SPFL Trust developing over the coming years?

JB: “I think we’re in a really good position with the SPFL Trust. The programmes we have delivered with them have been fantastic and they’ve always been really well organised. We only see it getting stronger and stronger from our point of view, hopefully there’ll be more programmes and initiatives that the Foundation can help out with.”