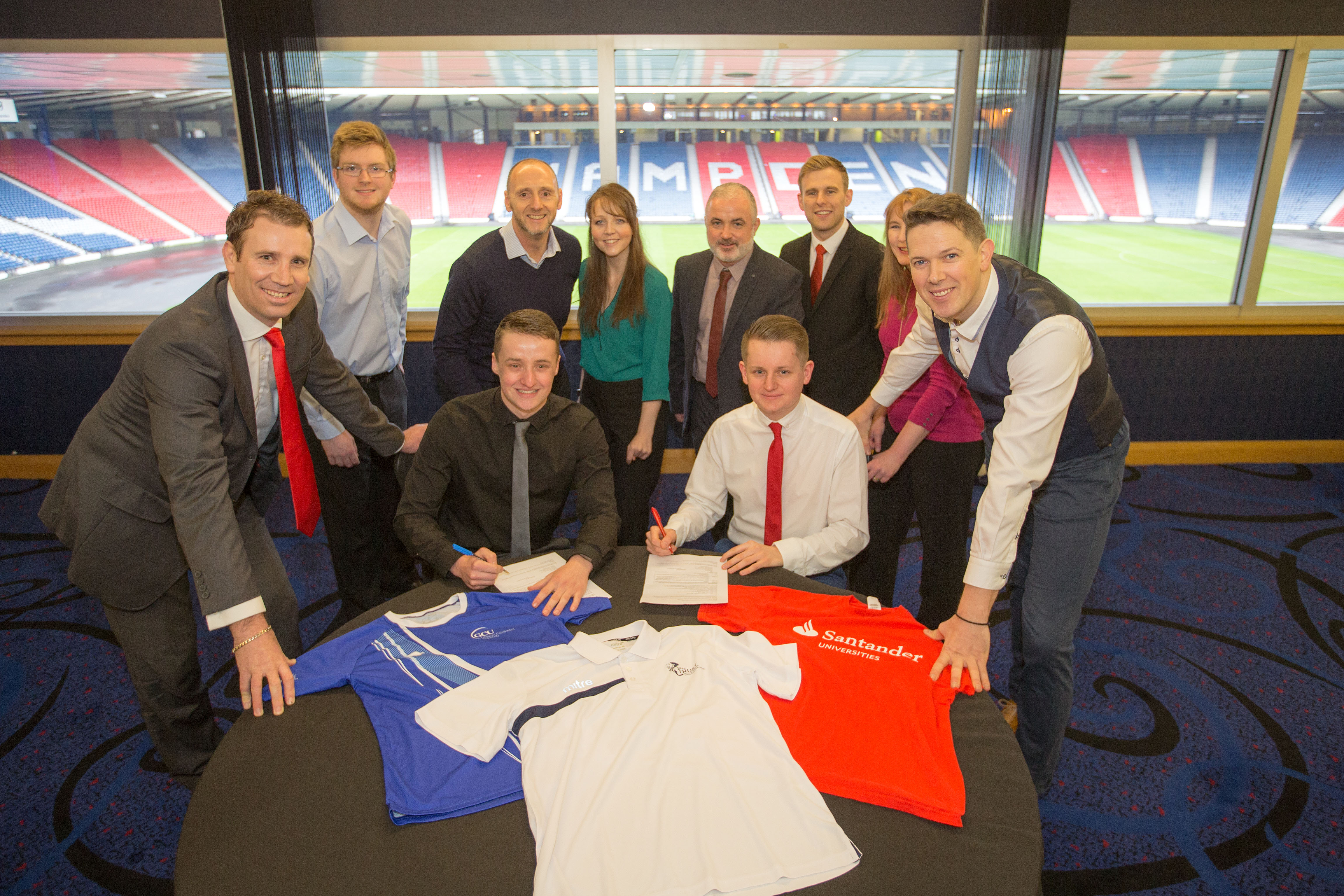 Spotlight On: Our Media Interns

The SPFL Trust have signed GCU students, Daryn MacRae and Calum Woodger, as media interns until the end of their degree.

The duo are building on their MA Multimedia Journalism studies at the university by gaining hands-on experience working at Hampden, the national football stadium.

Supported by Santander and the GCU Foundation, Daryn (DM) and Calum (CW) have been visiting clubs around the country to share our good news stories.

The interns dreamt up the ‘Spotlight On’ series, which has helped shine a light on the achievements of the SPFL Trust’s community initiatives such as the flagship Football Fans In Training programme.

This week the spotlight turns to them. 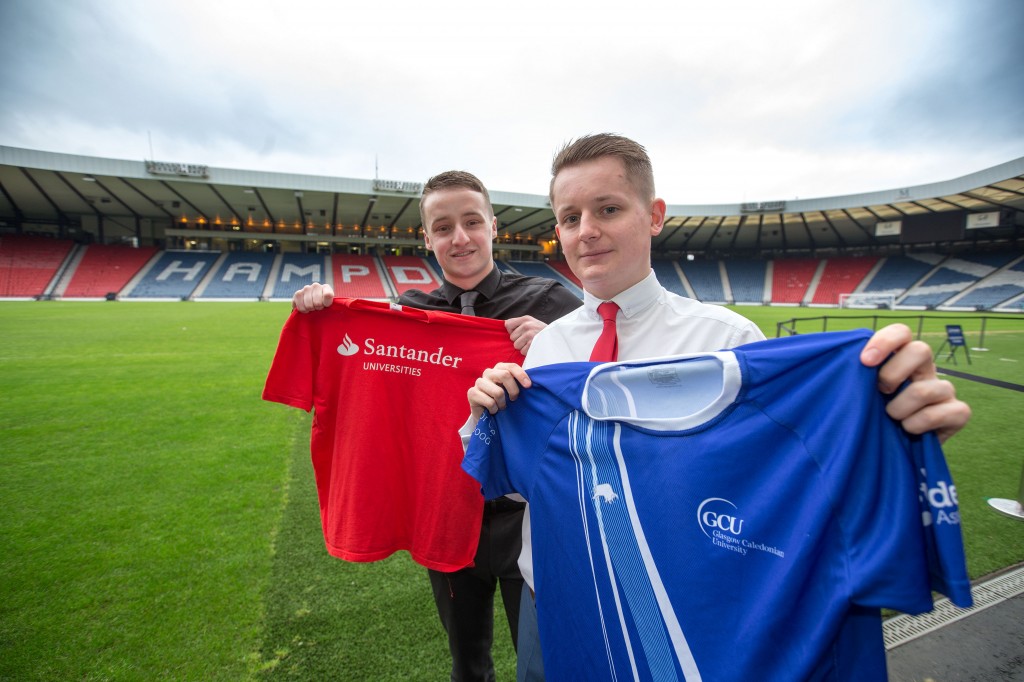 How did the internship come about?

DM: “Our programme leader at the university, Claire Dean, put out a message saying the SPFL Trust were looking for two media interns.

“I’ve always been mad on football so the opportunity to work at the national stadium was something that really appealed to me. After applying I was lucky enough to get through the interview process and now I’m here.

What are your goals for the internship?

CW: “To gain more experience, I’ve done a lot of stuff in journalism but never anything like this. It’s been to work as part of a big team and contribute with articles. Overall, it’s been a fantastic experience so far.

What sort of things have you been up to?

DM: “In our first week we were thrown in at the deep end with the Legacy Fund League Cup Report and covering the League Cup final itself. That included doing video and social media output on the day. Off the back of that we’ve been visiting a number of football clubs – Livingston, Partick Thistle, Queens Park and Greenock Morton. We’ve went behind the scenes at the clubs to find people responsible for the real good news stories. It’s something I’ve really enjoyed doing.” 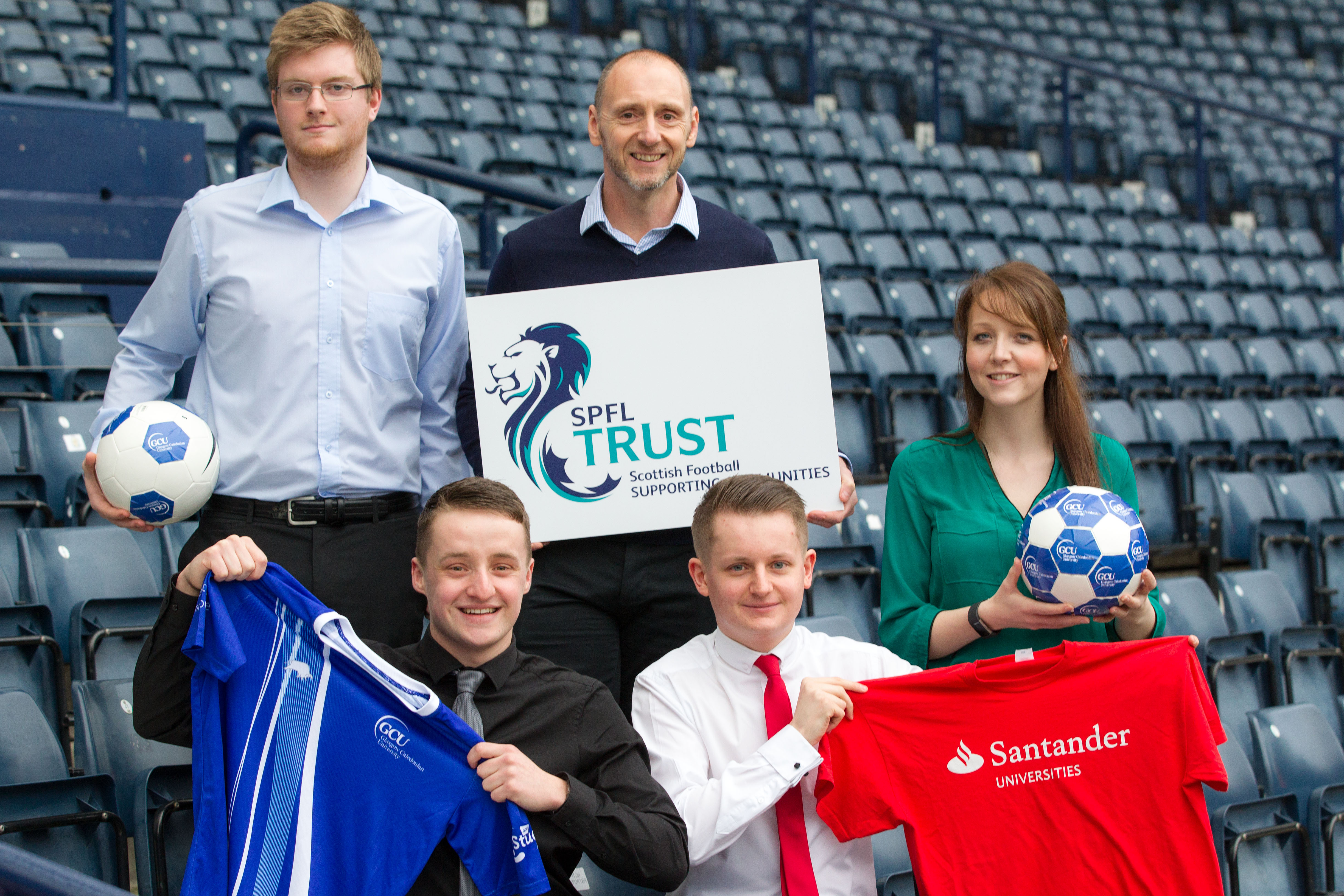 Interns with the SPFL Trust team.

CW: “When we first got here we documented the League Cup Final and the Mascot’s Journey, which included filming live on the day and the build up before that. We’ve also been doing some written articles for the website. We have a ‘Spotlight On’ series, something we came up with, so hopefully we can do some more of those in the coming weeks and do some video work because that’s something we are yet to tap into.”

What skills have you gained?

CW: “I’ve gained a lot of confidence in conducting interviews. We don’t often get the chance to pick up placements during term time because the course is so intensive.

“With the SPFL Trust we have the opportunity to go out to clubs and speak to people, all the while building contacts and honing our skills in journalism.”

What do you hope to achieve from the internship, and in the future?

DM: “One of the key things I’m looking to gain is contacts. Working at the national stadium has been fantastic for getting to know those involved in the media side of the game. I’ve been picking up new skills along the way, and it’s been a great opportunity do some interviews and see how it works behind the scenes in football. 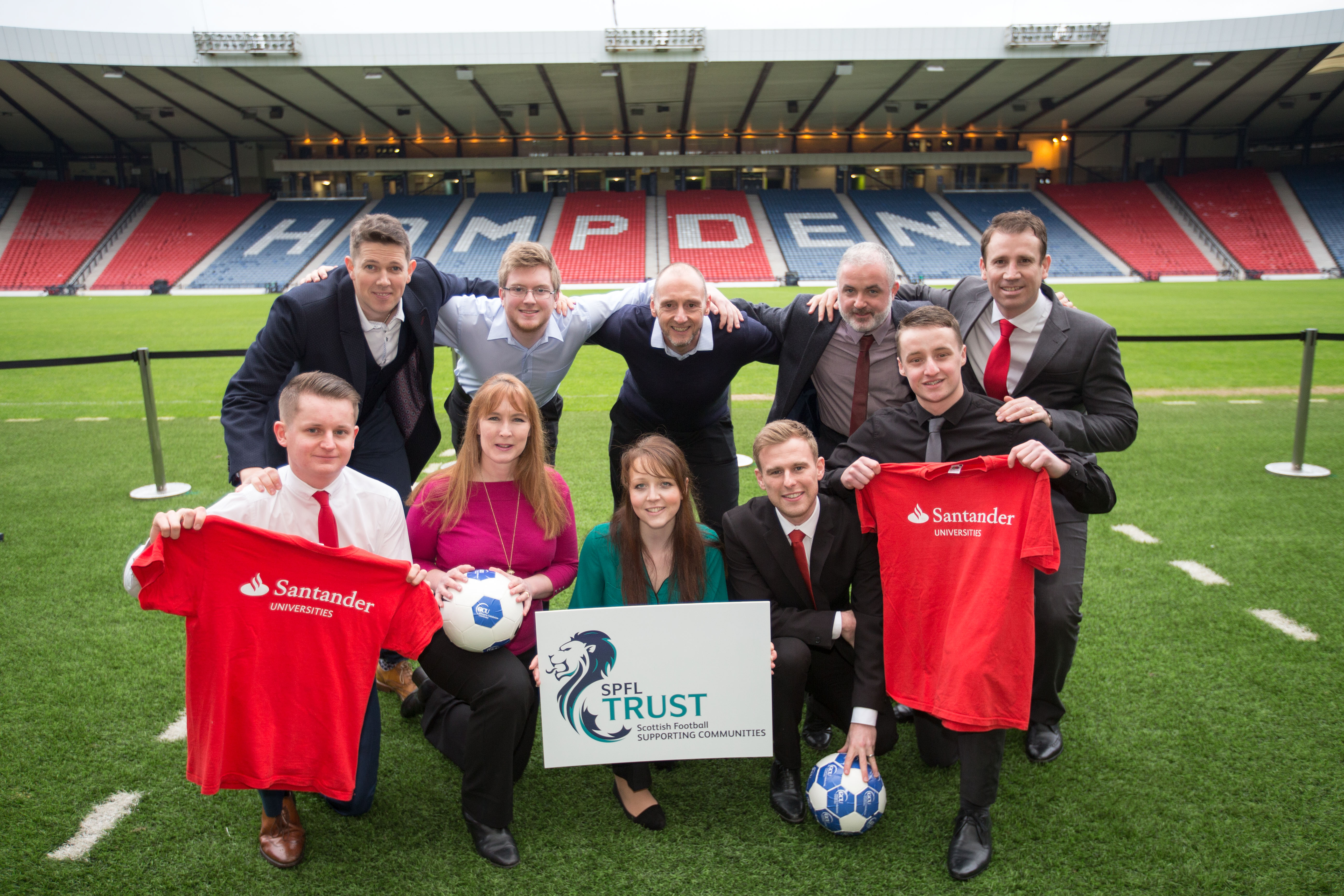 Daryn and Calum feel the internship has boosted their career prospects.

Read more about the partnership between GCU and Santander here.