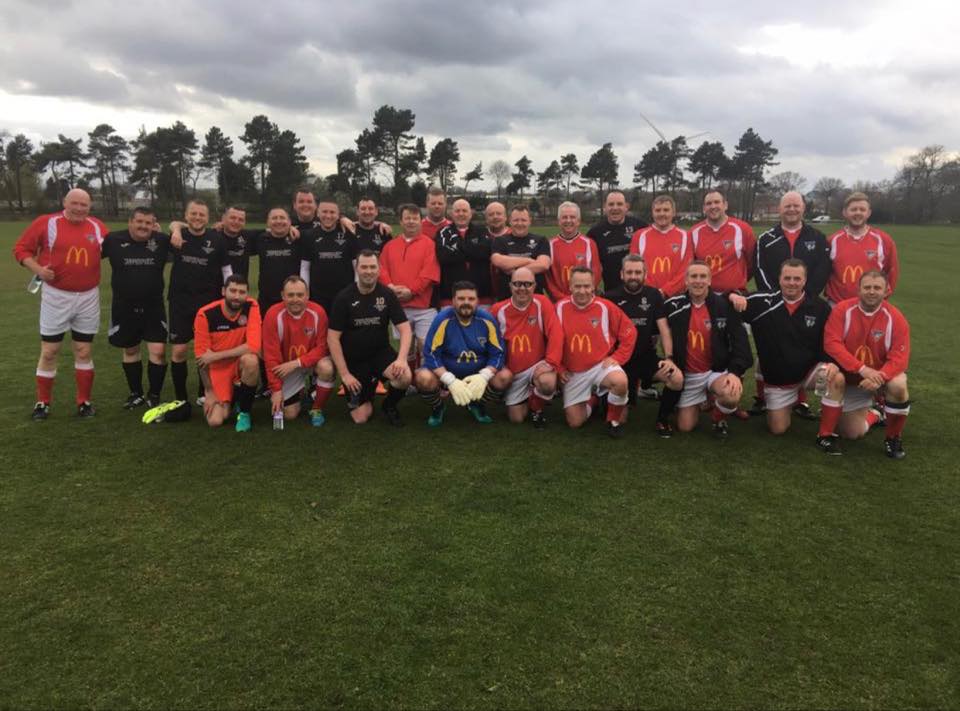 Our media interns Calum Woodger and Daryn MacRae are back on the road speaking to SPFL clubs to find out more about their inspiring work in the community.

This week they visited Hamilton Academical Community Trust and spoke with community trust manager Cat McRoberts about the work Hamilton do in the Lanarkshire area.

Watch the video below and read on for more.

What is the overall goal of the trust?

“Our chief executive Colin McGowan has got a fabulous mindset when it comes to helping the community, he balances it very well with trying to support the football club.

“We have a number of staff here working in the community outreach team and charities set-up around the stadium. We all pull together towards one common goal and that is to do the best we can for the community local and other areas in Scotland.

“Around the stadium everyday there’s either meetings going on about the community or activities at night time when the club’s closed. 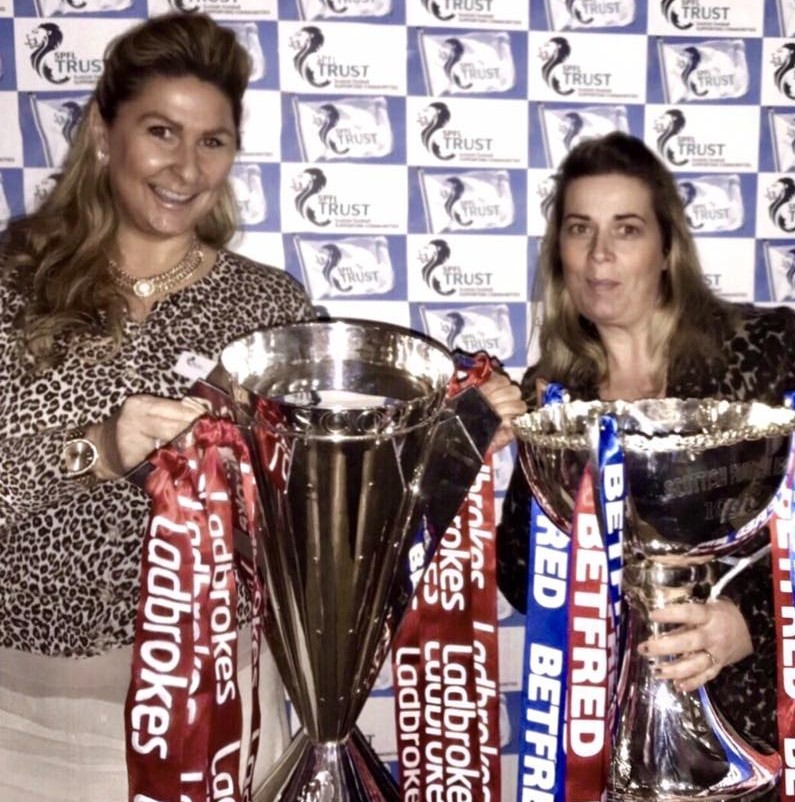 Champion: Cat (L) and her team do outstanding work in the Lanarkshire area.

What programmes are you most proud of?

“The SN football team that we have here is great. They’ve got sensory difficulties and the first time they came here a lot of them wouldn’t even leave their mothers’ sides.

“It took a couple of weeks of them coming along to lose that anxiety and build a familiarity with the stadium, the staff, the coaches and then they were able to actually get out onto the pitch and start playing.

“Some of those children ended up playing in a tournament last year at Toryglen along with other teams from across Scotland.

“Parents say the programme has done wonders for their confidence, to see them come on so well is fantastic.”

How has your Football Fans In Training (FFIT) programme been received?

“The FFIT legends has been another great programme, we’ve got guys who still play every Monday.

“We’ve now combined them with males who have mental health needs and call it the Monday night project.

“These guys come along and play with our FFIT legends who then in turn pass on the confidence they’ve learned through the weight loss they achieved through FFIT.”

On its 10-year anniversary how far do you feel the trust has came since those early days?

“It’s came on leaps and bounds. The Trust had a sort of sleeping role within the club, it was just the odd football camp, but then Colin came in and changed that.

“He had the passion and the insight to use the stadium as a community hub and then the trust really bloomed and developed.

“Going out into the community wasn’t really capturing everyone, but now everything is set up here for the community to come. There’s the community cafe, our red bus and plenty of other facilities.

Can you tell us more about the Blameless charity which is housed at the stadium?

“It supports children affected by drugs and alcoholism. It’s been going for 4 years now and they’ve benefitted hugely from our garden, escape area.

“The children have developed a bond with our staff and I believe they now feel they have a safe place to go.”

Hamilton has a great track record for developing young Scottish talent, how does youth development work with the community trust?

“There’s a link between the community coach and the academy. It’s part of the criteria that the coaches regularly check the children attending the community programmes to see if they can offer them a place within the academy.

“I think the success of players like McCarthy and McArthur helps us in the community and the fact that we are the football club grabs attention.

“Areas in the community are happy to form partnerships with the club because of the team.” 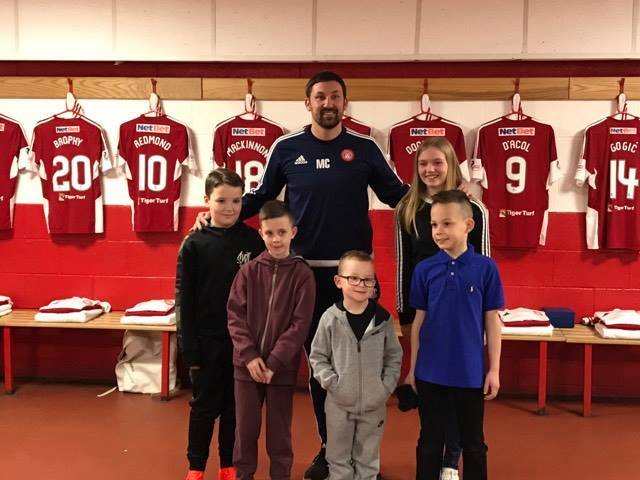 Together: The playing staff and manager Martin Canning (pictured) are a great help.

How helpful are the players and the manager in the community?

“They’re fabulous, when we have our fundraising events throughout the year the playing staff come with their families and mix with the community.

“It’s nice to see children get really excited because they can see players or the manager, that’s what it’s all about.”

“Despite the language barrier the foreign players are brilliant as well, they’ll always do their bit to go along and engage with the fans to help the club.

“We all respect each other, there’s no hierarchy, just one big team.

“A lot of the players, especially the academy graduates, think that way because it is instilled in them from the day they join the club.”

How do you see your relationship with the SPFL Trust developing in the future?

“It’s been great to represent the Premiership at the SPFL Trust’s engagement group and will allow me to strengthen the links with our club.

“We’re all coming together to share more information, the reception at the Scottish Parliament was superb, we need more of that engagement work.

“We’re learning from each other to what work and what doesn’t for the benefit of everyone in Scotland.

“The Trust is pivotal in bringing us all together to see what is best for the community.”