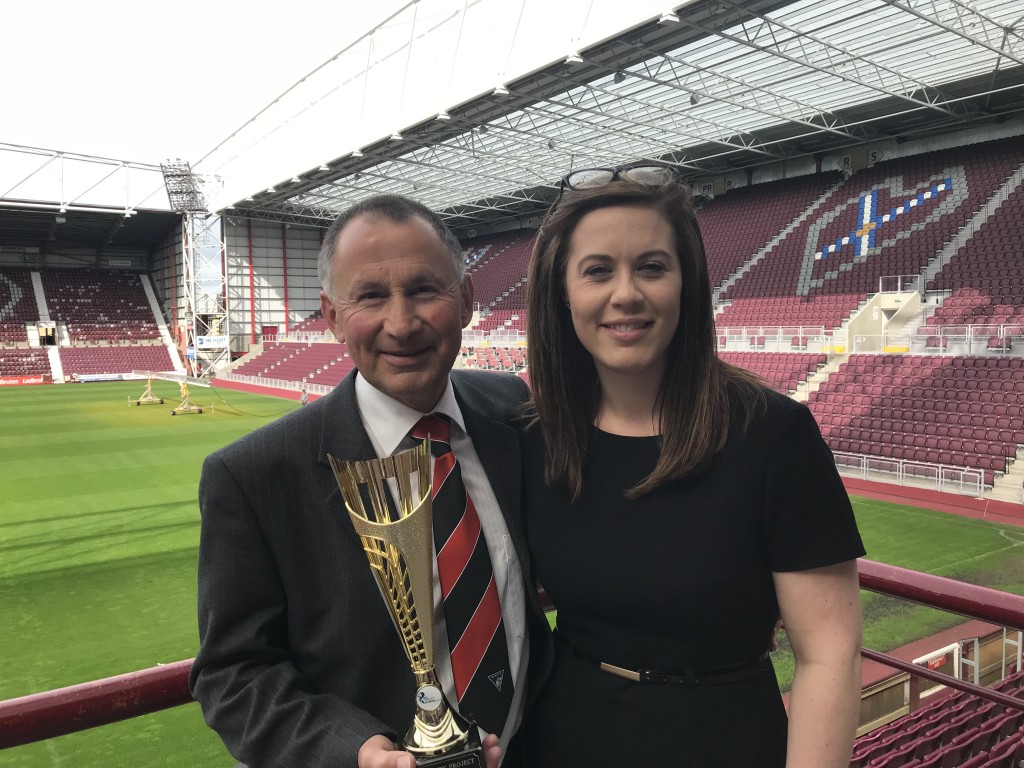 The Pars were crowned winners following the tightest possible vote involving their peers following a series of presentations from the nominees at Tynecastle Park.

The winning programme, delivered by The Pars Foundation is called Pars Tackle Health.

It promotes positive attitudes towards good health and fitness, using professional footballers – who visit schools across the area every Monday – as role models. It consolidates the Learning Outcomes covered in Curriculum for Excellence’s Health & Wellbeing.

Over this school year (2017- 2018), the Pars will have visited 28 local primary schools and spoken directly to 1,133 Primary 6/7 pupils. This represents 71% of all primary schools in the Dunfermline area.

The other shortlisted clubs were Aberdeen FC, Celtic FC and Heart of Midlothian FC.

“Dunfermline’s project is a wonderful example of community engagement with schools,” she said.

“Head teachers have praised the programme, and feedback from children has been tremendous.

“The most rewarding thing about this project is it entirely runs upon the goodwill and expertise of volunteers. It’s a wonderful example of how a smaller club charity can be so very effective in its community.”

Gennaro Guidice, the volunteer who runs the programme was thrilled with the news.

He said: “I am absolutely delighted, not so much for myself but for all the players, the manager and the directors at East End Park, as well as the coaches at the Pars Foundation because without them this wouldn’t be possible.”

On why he felt delegates from the other SPFL clubs chose Dunfermline, rather than any of the other three powerful programmes Gennaro felt that the regular commitment of players was crucial.

“I think the fact that we have players who are involved on a regular basis getting out into the community inspiring was what made the difference,” he added.

Dunfermline captain Callum Morris tweeted his support following the announcement, saying, “Can’t speak any higher of all those at the Pars Foundation involved in this initiative! Great to see so many kids totally engaged in what is such crucial issue and large part of their day routine! Great work!”

Details of the shortlisted clubs can be found here.