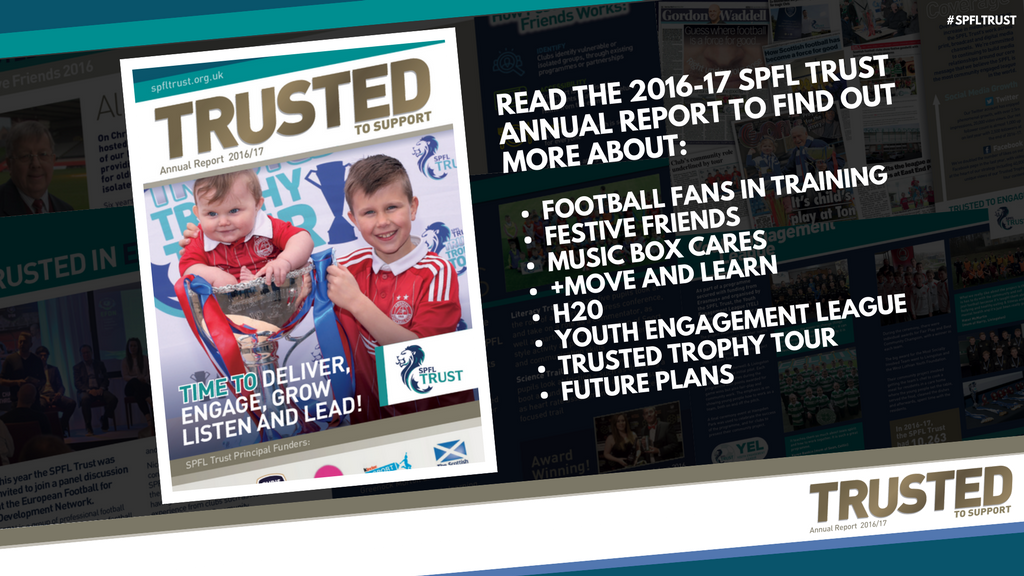 The SPFL Trust today reveals the first annual report in the organisation’s history, highlighting an exceptional mix of activity going on across SPFL clubs.

During the period to 31 May 2017, the SPFL Trust set in place a new strategy aimed at using football’s unique present to assistant people in Scotland to achieve their goals and improve life chances.

This manifested itself in the broadest range of activity and engagement since the SPFL Trust was formed, including:

Commenting on the launch of the annual report, chief executive Nicky Reid said, “I think this is a genuinely inspirational look back at what was a game changing 12-month period for the SPFL Trust.

“The charity’s growth and mindset has changed significantly over the last couple of years, and this is reflected in what is a hugely positive report on our activity.

“I think it is important to stress that this annual report covers the period to the end of financial year 31st May 2017, and so nearly another full year of work has taken place since.

“It’s fair to say that our next annual report will burst with even more positivity, inspiring stories, and a sense that the SPFL Trust and clubs can ensure that the SPFL is the most community engaged league in the world.”