News & Events › FFIT Tournament 2018 opened up to ALL graduates 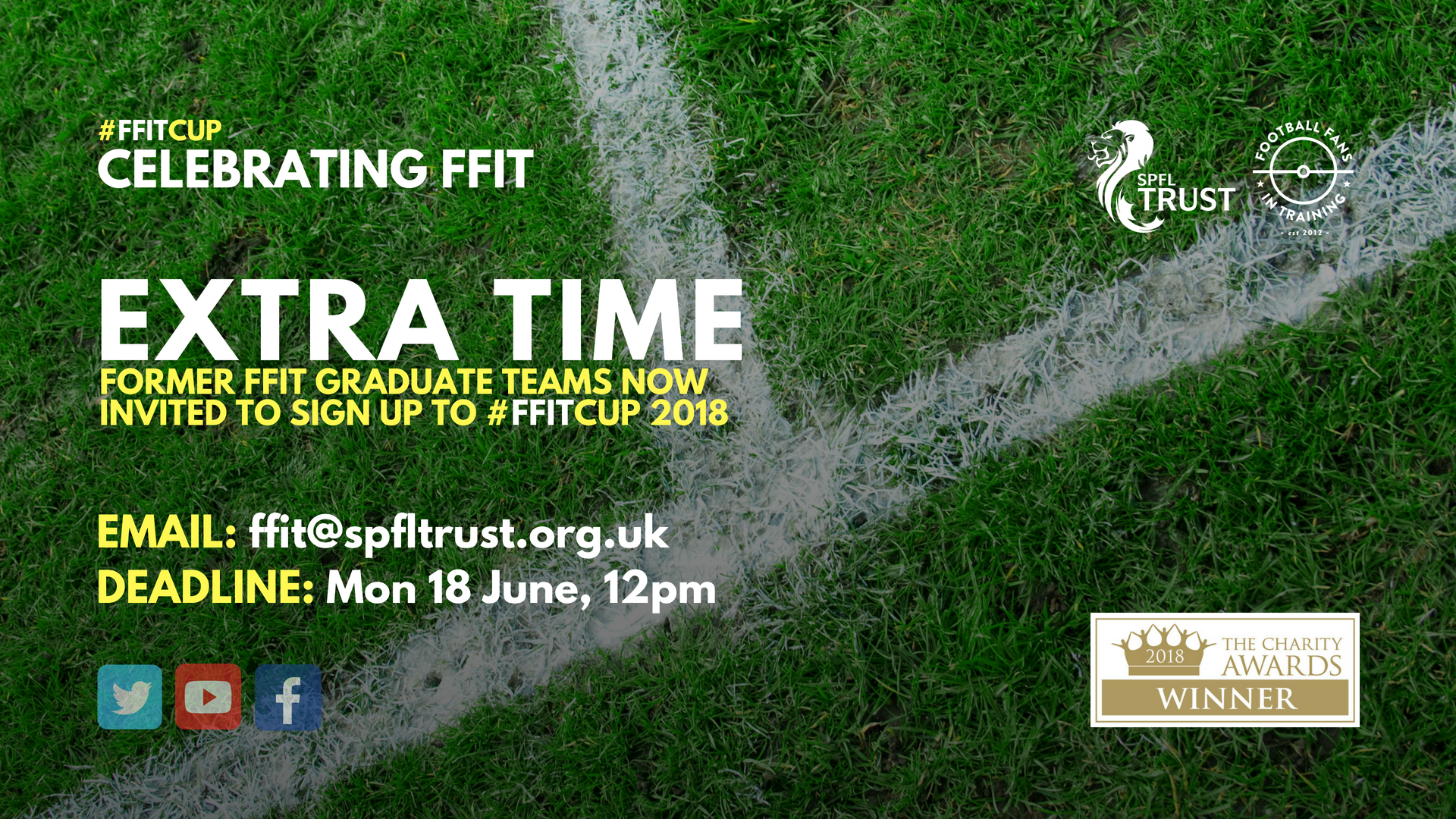 FFIT Tournament 2018 opened up to ALL graduates

And now, the SPFL Trust want to celebrate ALL of those that have completed FITT in recent years – and there are thousands of you – so that we can best represent the success participants have enjoyed since kick-off in 2012!

As part of the upcoming FFIT Tournament at Stirling University (Saturday 30 June) we plan to film the day’s events as well as capturing some of your amazing stories on camera with a series of interviews.

And in order to truly represent FFIT over the last six years, the SPFL Trust is opening up the tournament to any former FFIT graduates who wish to form a team.

In practical terms, those who completed the programme over two years ago will compete in one league, and more recent graduates in another. At the knock-out stages the groups will come together.

To register your interest email ffit@spfltrust.org.uk before 12pm on Monday 18 June 2018.