A big congratulations to Big Hearts Community Trust whose Big Hearts Supporters Movement is in the running for a 2017 Scottish Charity Award!

Their unique fans engagement initiative, and the first of its kinds for a charity in Scottish football, aims to facilitate supporters of Heart of Midlothian Football Club to become volunteers in their local community.

Organised by Scottish Council for Voluntary Organisations (SCVO), the Awards, which are free to enter, celebrate the life-changing work of charities, community groups and individuals dedicated to making Scotland a better place to live.

All shortlisted entries will also compete for the People’s Choice Award which will be decided by the public via online voting.

The public can vote for Big Hearts by clicking on the following link:https://goodhq.org/scottish_charity_awards_2017/bigheartssupporters 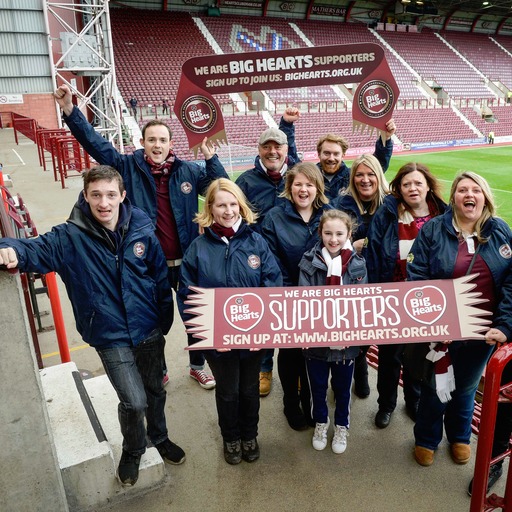