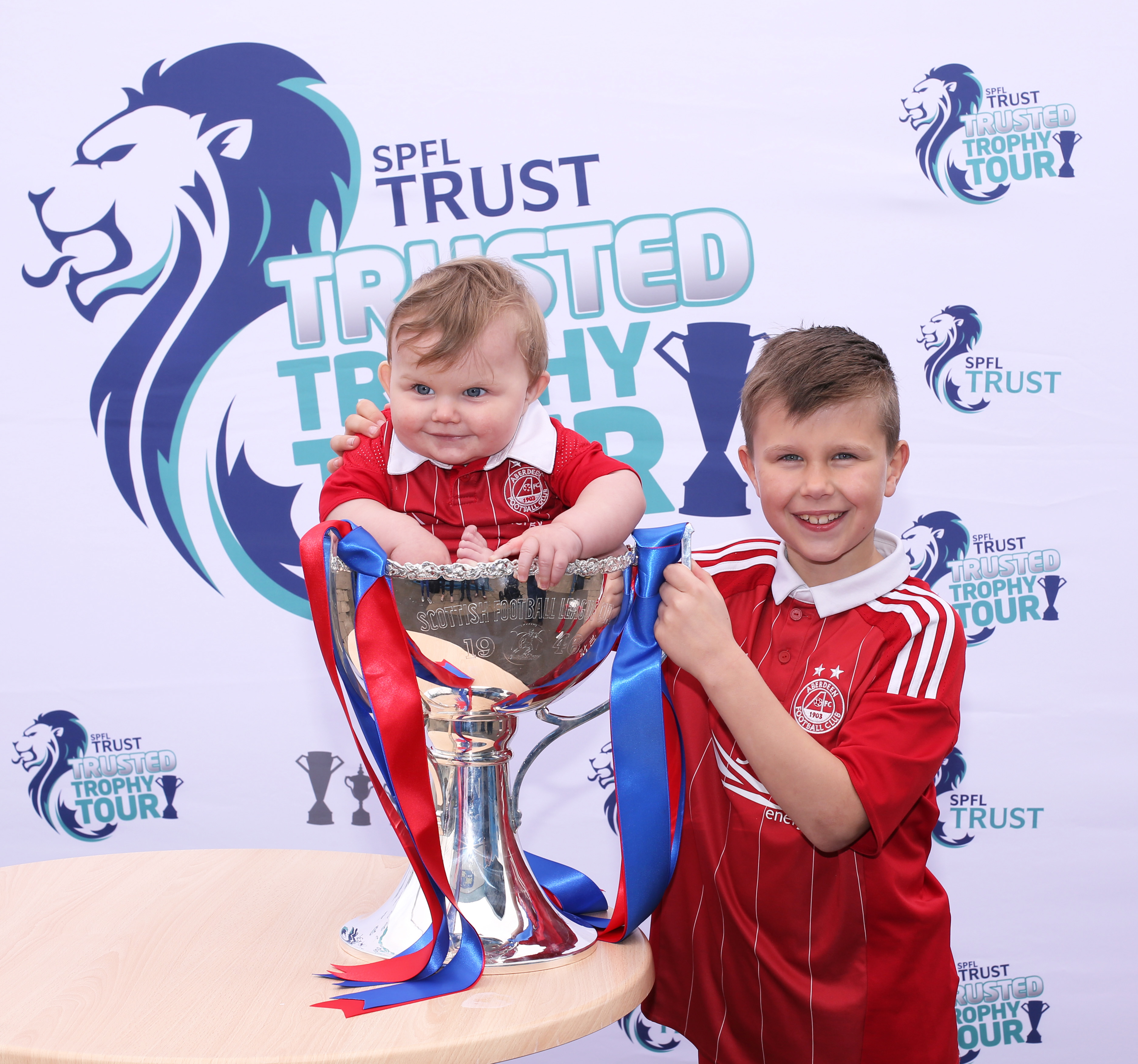 The SPFL TRUST’S “Trusted Trophy Tour” and the work of the Aberdeen FC Community Trust has been welcomed by MSPs, in a motion submitted to the Scottish Parliament on Wednesday (5 April 2017).

And he has within 24 hours secured cross party support including: Ross Thomson (Conservative), and SNP MSPs Stuart McMillan, Kenneth Gibson and Gillian Martin.

The Trusted Trophy Tour is visiting 20 different community projects featuring the work of 21 different clubs in their communities.

Its launch comes as the SPFL Trust (Scottish Professional Football League Trust) sets an ambitious target for clubs to engage one million people through community engagement every year, to be achieved over the next five years.

Currently, the SPFL Trust and all 42 member clubs engage with an estimated 710,000 individuals every year. This is reflects around 13% of Scotland’s population, according to research conducted by the SPFL (Scottish Professional Football League) in 2016.

Part of the motion’s text reads, “That the Parliament welcomes the visit of the SPFL Trust’s Trusted Trophy Tour to the Banks O’Dee Sports Club in Aberdeen to celebrate the work of the Aberdeen FC Community Trust (AFCCT); understands that the tour has been established to acknowledge the work carried out by football clubs in their communities, with 710,000 people engaging with the SPFL Trust or one of the SPFL’s 42 member clubs during the 2015-16 season.”

It concludes that the motion, “Thanks the AFCCT and all members of the SPFL Trust for the work that they do in their communication to engage with people of all ages.”

In November, the SPFL Trust launched its Legacy 2014 Report, which documented the work of 40 clubs – including every Ladbrokes Premiership team – following £500,000 of funding.

Delivered as part of the Scottish Government’s programme of legacy following Glasgow’s 2014 Commonwealth Games, clubs were tasked with identifying need in their own local community.

In total, 30,596 people benefitted from support across a range of programmes including:

The SPFL Trust strongly believes that Scottish football can deliver outstanding results for Scotland, with a particular focus on reaching individuals and groups in the hardest to reach sections of society.

Nicky Reid, General Manager at the SPFL Trust comments: “We’re grateful that Lewis MacDonald was able to join us for the Aberdeen-leg on the SPFL Trust’s Trusted Trophy Tour, this week.

“The Aberdeen FC Community Trust engage in some inspiring, meaningful work across the city and shire, and we’re pleased to be able to shine a light on the work they do in the community, as part of our mission to show Scotland just how powerful our clubs can be when supporting those in need.

“We strongly believe that the SPFL can be the most community engaged league in the world, and that our clubs can hit our ambitious target to support one million people in Scotland by 2022.”