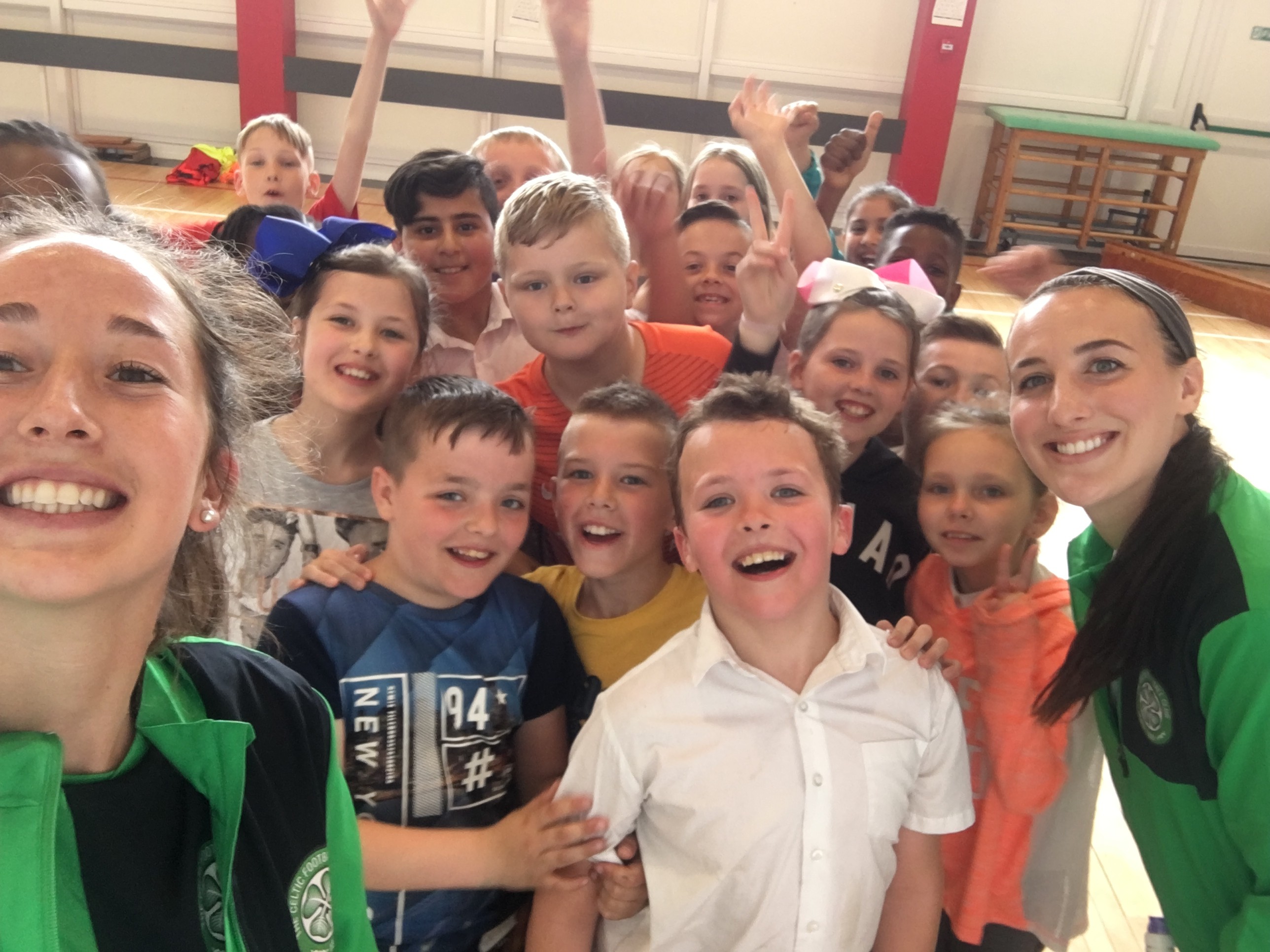 CELTIC and the SPFL Trust are changing the lifestyles of Glasgow’s young people through exercise and healthy eating.

The +Sport Move and Learn programme, designed to teach primary school children the value of a balanced diet and an active lifestyle, is working wonders at Sacred Heart Primary School.

The programme aims to engage primary school children aged between nine and twelve across Glasgow covering, in conjunction with Celtic and Rangers, 60 schools and 3600 children.

Combining in-class learning and physical activity, +Sport Move and Learn is making a huge difference for kids both at school and at home.

Conor O’Boyle, project manager at Celtic FC Foundation, said: “The project has been very well received by both the pupils and the teachers.

“It comprises two elements of 45 minutes in the classroom where they teach health and wellbeing messages, diet and nutrition, exercise and fitness and a coaching session.

On the community aspect of the programme Conor said: “It’s what the club is founded on, so it’s great to be able to go out and engage with local schools in the East end.”

Celtic Women’s players Jaclyn Poucel and Darcy McFarlane, both American, visited Sacred Heart to discuss their experiences of playing in the green and white of Celtic, as well as the benefits of a healthy lifestyle.

Conor added: “These guys can pass on good positive messages, these are people that they look up to as well as the coaches, they’re seen as role models for these young people.” 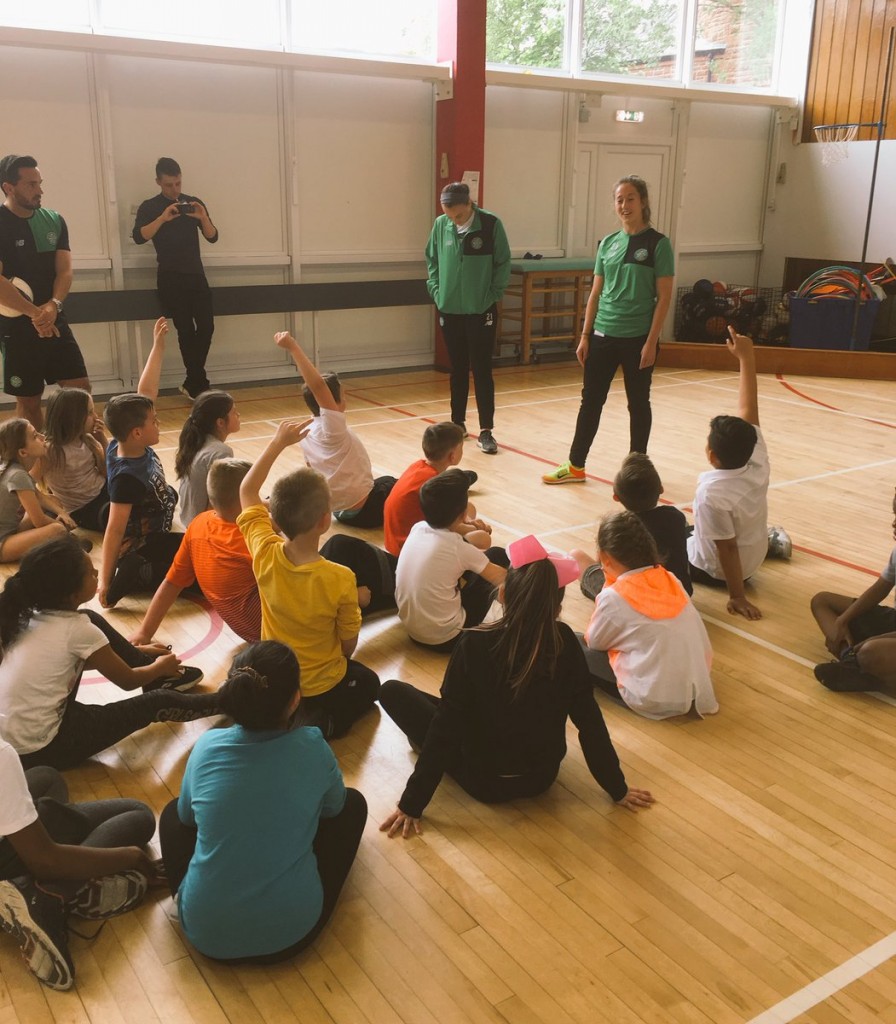 Primary 5 learn about what it takes to become a professional footballer from Jaclyn and Darcy.

Jaclyn said: “It’s important to give back and for the community to see that we’re all just normal people who they can look up to.

“Luckily I had parents who were really into fitness so I was always learning about those things.

“I see what it does if you don’t eat well and you’re not educated about it. Kids, and athletes especially, tend to think they can eat whatever they want because they play a sport.

“It affects everything, your mood, your sleeping pattern and it also affects your game so it’s essential.”

Find out more about +Sport Move and Learn here.

Darcy added: “We want to increase exposure of the women’s team and show the little girls here that they can play for Celtic one day, it’s not just the boys.”

“I think we have a responsibility to be role models for kids in the area and to get opportunity to meet the kids and talk to them is really special.

“To live a healthy life, all that starts when you’re young, the more they can learn about it now the easier it will be to healthy and active when they’re older.”

The programme content was developed by nutritional and educational experts in line with the National Curriculum and Jacqueline Daly, primary five teacher at Sacred Heart Primary School, believes children are now seeing the benefits of that hard work.

She said: “They’re getting a huge amount from it, the children are very aware of the impact of exercise now.”

On the participation of the Celtic Women team, she added: “A lot of our boys play football at playtime, but there’s girls getting involved now.

“It’s a big message to the girls, football is not just for the boys.” 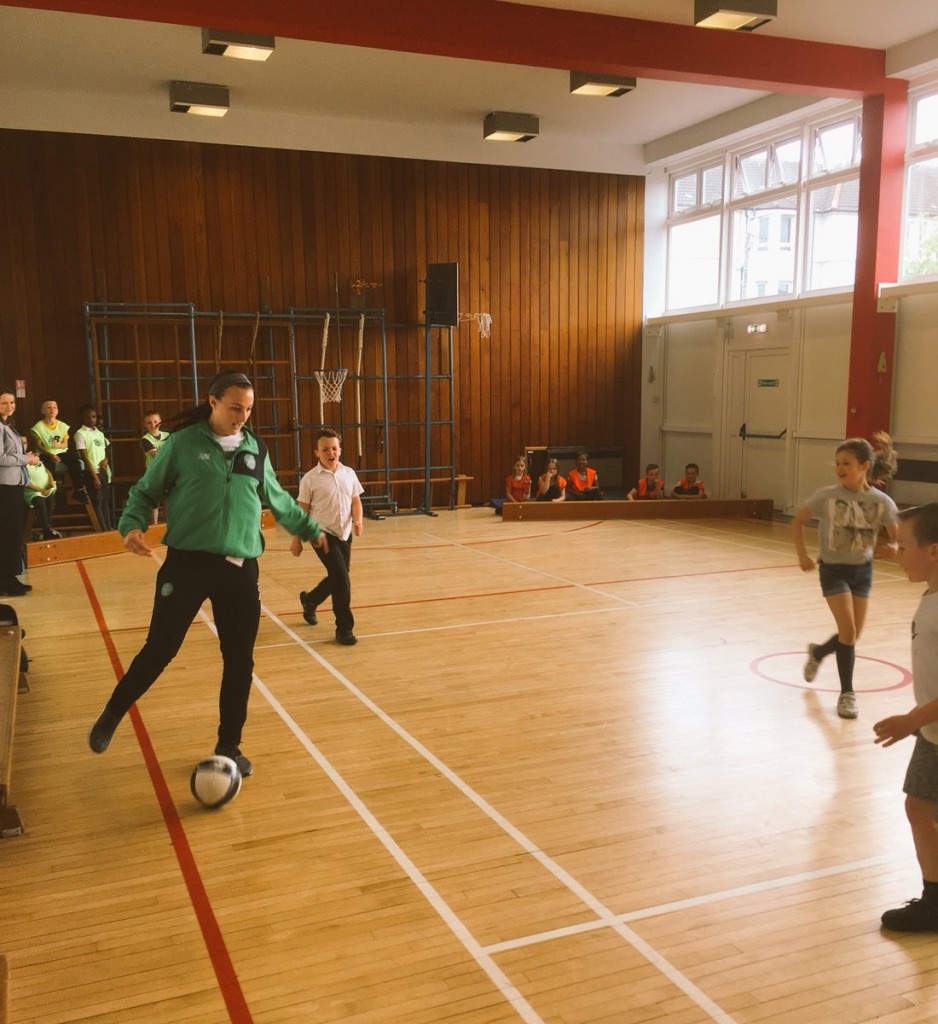 Jaclyn shows off her skills in the coaching session.

Derek Allison, Operations Manager at the SPFL Trust, said: “The SPFL Trust’s +Sport Move and Learn project is now in its third year of delivery.

“During that time the Celtic Foundation have successfully delivered the programme to over 5,000 young people in the East end of Glasgow.

“We appreciate the hard work that has gone into making the programme a success and look forward to working with the Celtic Foundation with further deliveries in the coming year.”