Ross County FC has teamed up with The Mid-Ross Community Mental Health Team, an organisation who supports individuals who have lived with or experienced mental health issues and See Me, The Scottish Anti Stigma Campaign, to challenge the stigma surrounding mental health. 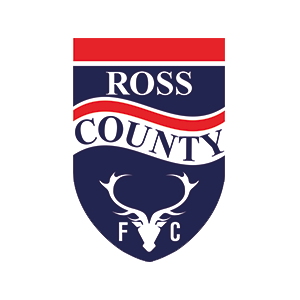 As part of this approach, Ross County FC has arranged for 30 tickets to be given away at their next fixture against Partick Thistle FC (at home on Saturday the 7th of March).  To obtain a ticket, Ross County FC are asking their fans to complete a treasure hunt to find the ‘golden’ tickets.

Local businesses have hidden three anti-stigma cards somewhere in their shop window; one side of the card has the insignias of the three organisations (Ross County FC, The Mid-Ross Community Mental Health Team and See Me).  The other side of the card has a mental health question – all answers to these questions help challenge some of the assumptions that allow stigma to flourish.

The treasure hunt will start as of Friday the 27th of February at 9am and will finish on Friday the 6th of March at 5pm.

Charlie Clark, from the Mid Ross Community Mental Health Team, is delighted at this novel way to help raise awareness.

He said: “Ross County have supported the Ross-shire game changers for some time now and their generous offer of 30 tickets to help the campaign to ‘kick out’ mental health stigma, has been gratefully received.

Mr Clark said: “I really would like to thank the local Dingwall shops that are participating, they have really got behind the campaign and we are very grateful.

“I, along with Ross County, See Me and the Ross-shire game changers; wish everyone good luck in hunting for those cards and I hope that they take a minute to consider the question and answer that is on the back of the cards too.”