The DISC Target Project to an untrained eye might look like any old football project. But if you were to look a bit closer or ask one of the hundred or so local young people who are taking themselves off the street each week to take part, most of them will tell you that it means much more to them than just football. The young people who attend do not just get a safe diversionary environment to play football with their peers but thanks to the partnership with Local Authority Youth Workers they receive vital support, information and often critical intervention in aspects of their life such as drug and alcohol support, behaviour at school, discussions around crime reduction, mediation to avoid gang/ territorial issues and importantly Child Protection issues.

The project is a diversionary youth work project which runs two nights per week, Thursday and Friday nights between 8.00 and 10.00pm. It runs 50 weeks a year outdoors in almost all weathers from a sports facility in the heart of one of the city’s largest areas of multiple deprivations.  150-200 young people (many of whom come from difficult social backgrounds) come to the project every week.

The project is named The DISC Target Project because of youth workers’ commitment to targeting young people most in need of support in the local community. Young people identified as being involved in risk-taking or negative behaviour are heavily supported to integrate within the wider community as the project which is open to all local kids. 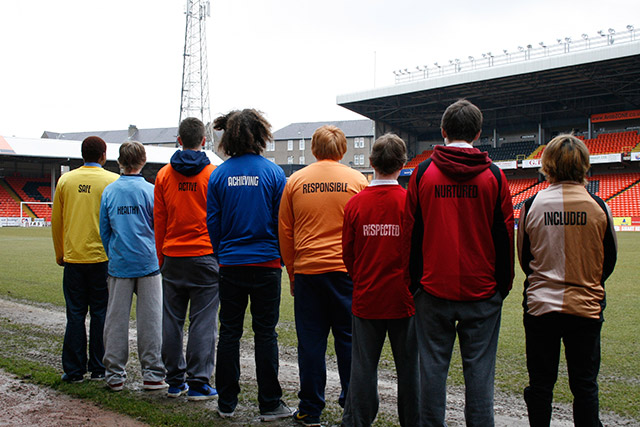