We try to do as much as we can in the community and the following are projects and schemes that involved and continue to involve Arbroath FC. 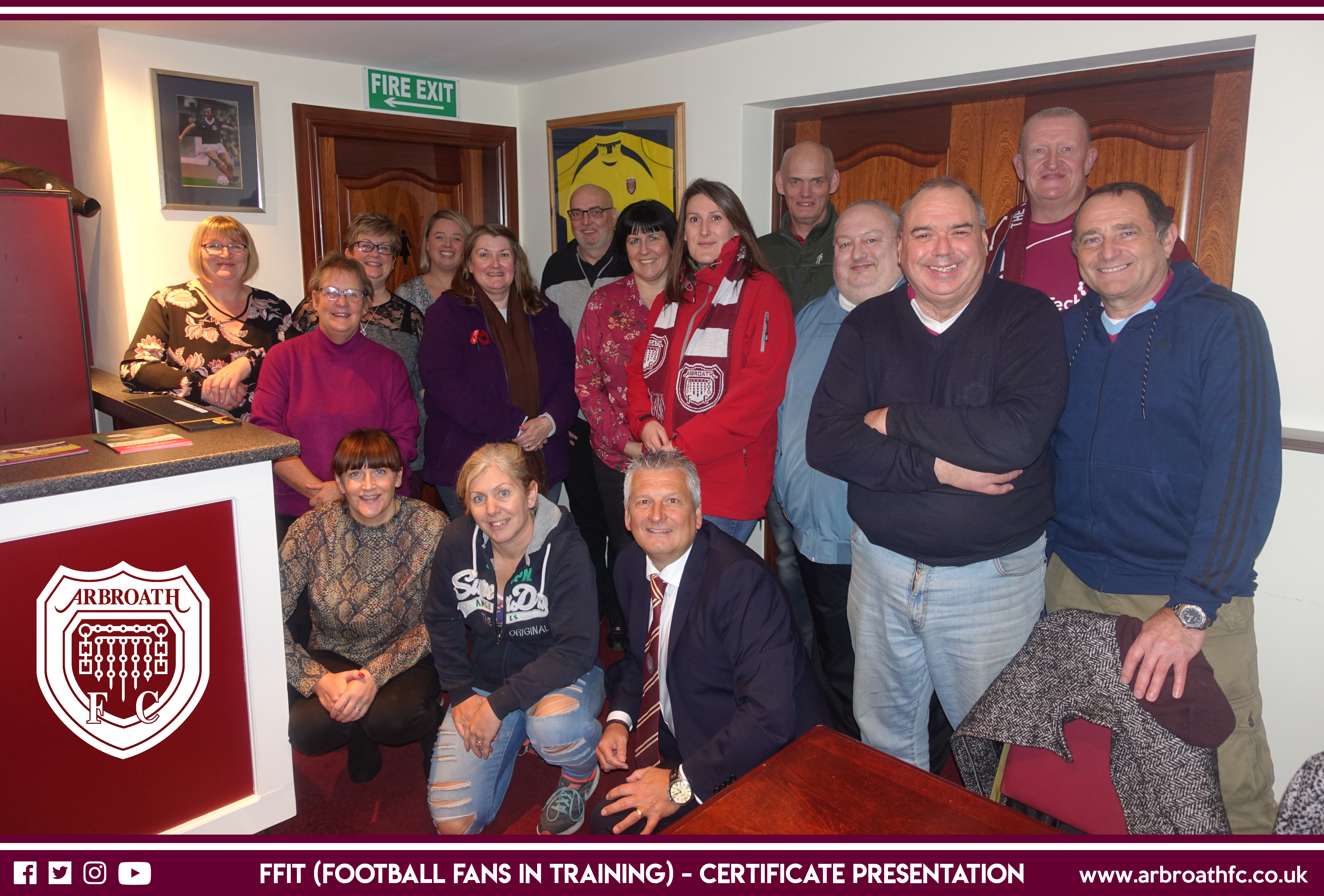 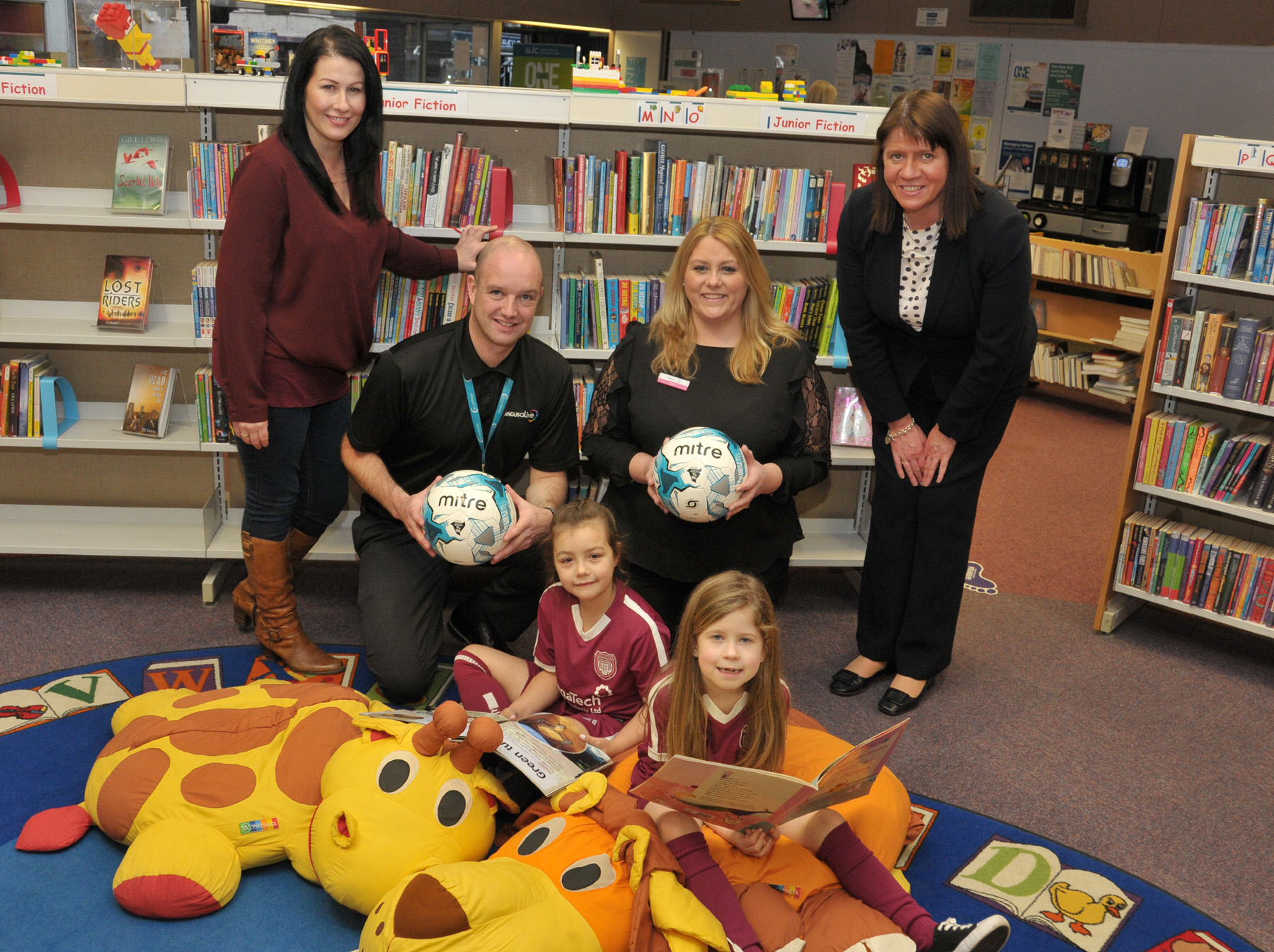 Our Youth Matchday Experience brings local clubs to Gayfield during our matchdays.

The local teams of all ages and genders arrive at Gayfield and take their seats in the main stand alongside their coaches, teammates and family members before getting changed and then taking part in a mini-match or a training-drill on the Gayfield pitch during half time.

The young players then do a lap of honour where they are giving a rousing reception by both home and away supporters.

We hope these days make memories for life and engage them in sport for life.

So far, we have welcomed these local teams several times:

Our Matchday experience has been expanded to allow all members of our community to Gayfield and we have been delighted to invite several walking football sides to Gayfield.

We see walking football as a very important social interaction which allows older members of our community to be active, but also make new friendships and connections.

Every home game at Gayfield we welcome a mascot to lead out the teams.  We have had the pleasure of welcome the very youngest of Mascots to Hilda, who at 100 years old was our oldest mascot!

Before the game the mascot (s) take to the field to warm up with the players and getting to kick the ball around on the famous Gayfield pitch!

The young (or old) mascots lead out the teams to the centre circle before posing for a photograph with the two captains and the match referee.

The mascots are kitted out in the latest Arbroath strip before they take their place in the main stand next to the dug out with their family members to watch the rest of the game.

The club in partnership with Alzheimer’s Scotland run a Football Memories group for local community who have Dementia.

The group meets once a month at Gayfield and the participants come along and enjoy reminiscing about old games, old players and any other fond memories / interests in football.

This not only benefits the group member but also their carers who can either join in with the reminiscing or enjoy a cup of tea and a blether with other carers.

We have also been very fortunate that former Arbroath players John Fletcher, Ian Fleming and the late Tom Cargill often come down to help with the Football Memories Group.

The group meets at Gayfield Park on the last Wednesday of the Month from 10:00-11:30am.

The Memory Box which has been sponsored by Francis Davidson of Avenue Care Services and is in memory John Ritchie who was a pivotal part of Arbroath FC and he always had a football story to tell so it is appropriate that the Memory Box is in Johns name.

Arbroath FC have welcomed several Football Camps to Gayfield during the School Holidays over the past few seasons.

These events are well run by professionals and bring young girl and boys into a wonderful social safe environment where they not only make new friends but work on their footballing skills and get a first-hand opportunity to play on the Gayfield pitch.

In 2017 Arbroath FC clinched the SPFL Ladbrokes League Two Title and we were determined that the championship trophy would not sit in the boardroom gathering dust.

All the club’s sponsors had the opportunity to share in the joy and excitement of winning a national trophy for only the second time in the club’s long history.

The trophy visited every local school, nursing home, it attended birthday parties and many other unusual places during its busy year in Arbroath.

The trophy also brought joy to a number of supporters who unfortunately were not well and it was great to see the boost that it gave to them and their families.

Just like when one is waiting for a bus, as Arbroath FC won only their 3rd every National Trophy as we won the SPFL Ladbrokes League One in May 2019.

This one is special as it’s the trophy which is the biggest national honour the club has ever won in its 140 year plus history.

Once again, the club will embark on a yearlong trophy tour to match the previous tour, only two years ago.

For some it’s the most wonderful time of the year. For others, it is the opposite, with few friends or family, loneliness bears down and Christmas can feel a dark time.

And so Festive Friends, in many ways a simple concept, was born out of an opportunity to create something special for those suffering the effects of isolation at a time of year when they need it most.

We have been delighted to welcome several elderly local groups to Gayfield for a tasty Christmas lunch, the means to get here, and back but more importantly the companionship and support often so desperately needed for elderly, vulnerable people.

The reality is when you don’t eat well, and spend far too much time on your own you risk your physical and mental health.

Accessibility – Transport is organised for participants to attend and return home from the event.

Lunch – A full Christmas lunch is served for everyone.

Fun – Fun, games and gifts are put on for all guests.

Listen – Staff take the time to listen to guests and talk with them.

The club has now run three successful Football Fans in Training (FFIT) programmes for the club’s supporters, with a 4th programme starting in January 2020.

The Scottish Government backed programme runs for men and women, aged 35-65 who have a waist size in excess of 38 inches.

The course combines light physical exercise with advice on healthy eating and nutrition.

The programme is run throughout Scotland and since 2011 a staggering 17,114kg has been lost nationally by its participants.

The course was run in partnership with the SPFL Trust and locally it is delivered by trained instructors from the Empire Gym, Arbroath.

The success of FFIT has led to a number of men continuing their physical activity levels by then taking part in Walking Football and other sports. A large number of women have also completed the course and some have generated friendships and continued to meet up and take part in leisurely walks.

Arbroath FC were delighted to take part in this new initiative in 2017 which benefits our young supporters in partnership with our local libraries.

The initiative was launched in 2017 and it centres on a reading “challenge card” which the club and library issue. For every book read, children receive a stamp on their card.

Once the young Lichties have read four books, they receive a FREE match ticket, while an accompanying adult will be able to purchase a discounted ticket.

Funding for the 4-4-2 Reading Challenge was generously provided by the SPFL Trust.

Arbroath FC and the community has benefited from the support of local supermarkets Tesco’s and Morrison’s.

The club in partnership with Tesco’s were delighted to provide over 100 selection boxes to vulnerable children in the local area.

We made sure all the gifts were signed by the players, which made them a bit more special. They were then distributed to children in the area who are less fortunate than most and who have been in contact with local groups including Barnardos, Young Carers, Tayside Council on Alcohol and Brambles.

A small gesture perhaps but one that can make a big difference to a child at Christmas.

This project was repeated at Easter time when 125 signed Easter eggs were handed out.

The Mental Health First Aid bespoke training is provided by The Chris Mitchell Foundation and NHS.

The clubs trained staff are able to provide Arbroath FC players and employees initial support, help prevent the problem from getting worse, and have the tools to give comfort. They are able to talk about suicide, recognise the signs of mental health problems and know how to guide a person to appropriate help. 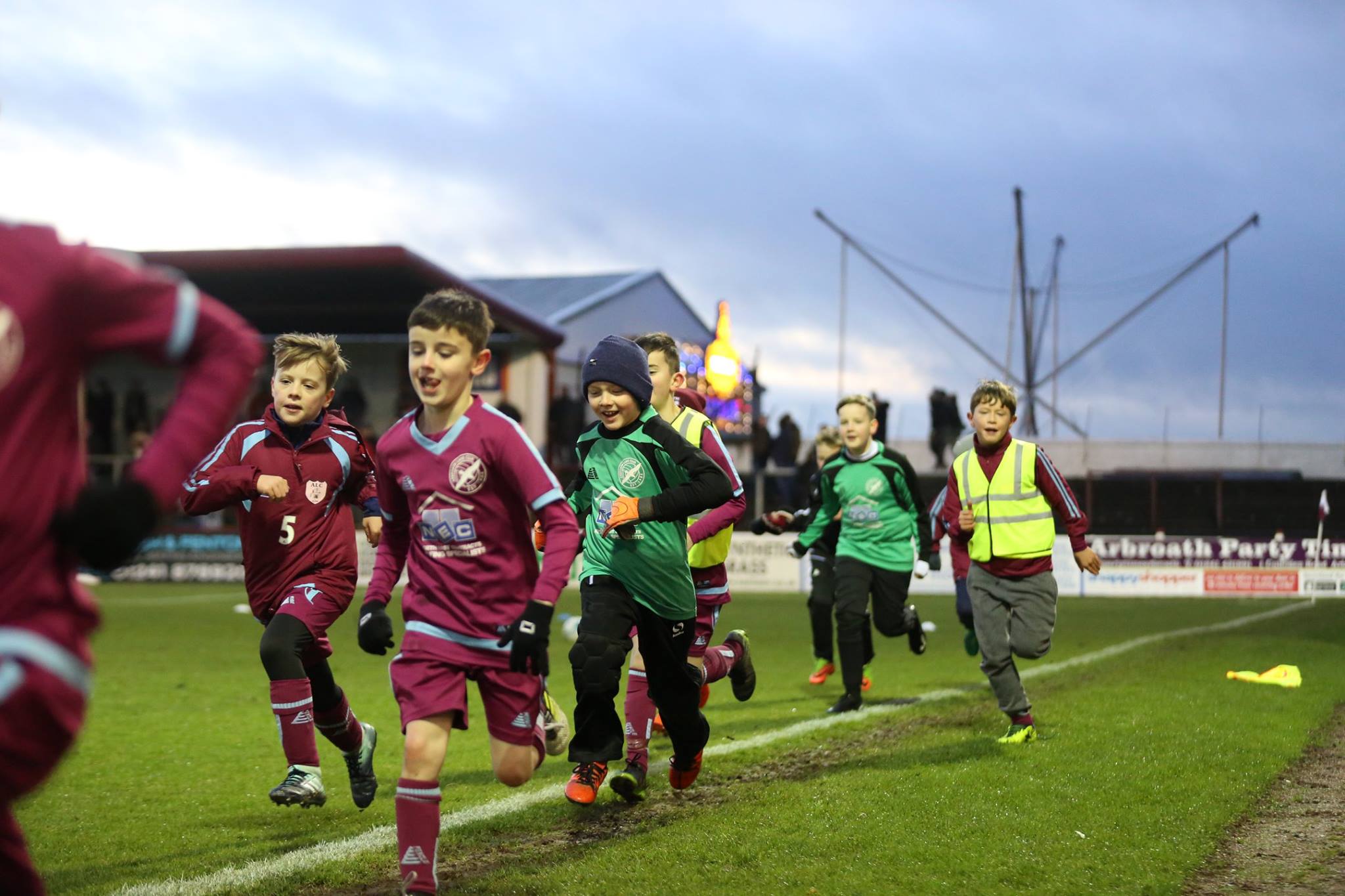